Keeper League Method: What Is It and How to Apply It?

Keeper league can be termed as the best fantasy league that currently exists in the circles of Fantasy football.

If you have not tried the Keeper league so far then you have missed some serious entertainment. The keeper league provides you the real flair of NFL.

Keepers League in a Glance

Keeper league basically allows the owners to carry their NFL players from one particular year to the next. The fun fact about keeper league is that in this league you need to make tough decisions related to the players which you want to keep and the players you want to get rid of.

A situation may arise that you may have only 3-4 players to keep from your particular roster. In such a scenario you have to make tough decisions regarding your players. You have to see which players are vital for you and which are not. Though the keeper format may look simple, however the fact of the matter is that it can become really tricky. Overall the league is a healthy source of entertainment.

Before I jump onto the application of Keeper League, let me just quickly share with you people some of the advantages and disadvantages associated with it.

– More effort and hard work is required especially if compared with redraft league of traditional nature
– A bad draft can hurt you for many ages
– Once initial draft is done by you, the NFL rookies become more valuable 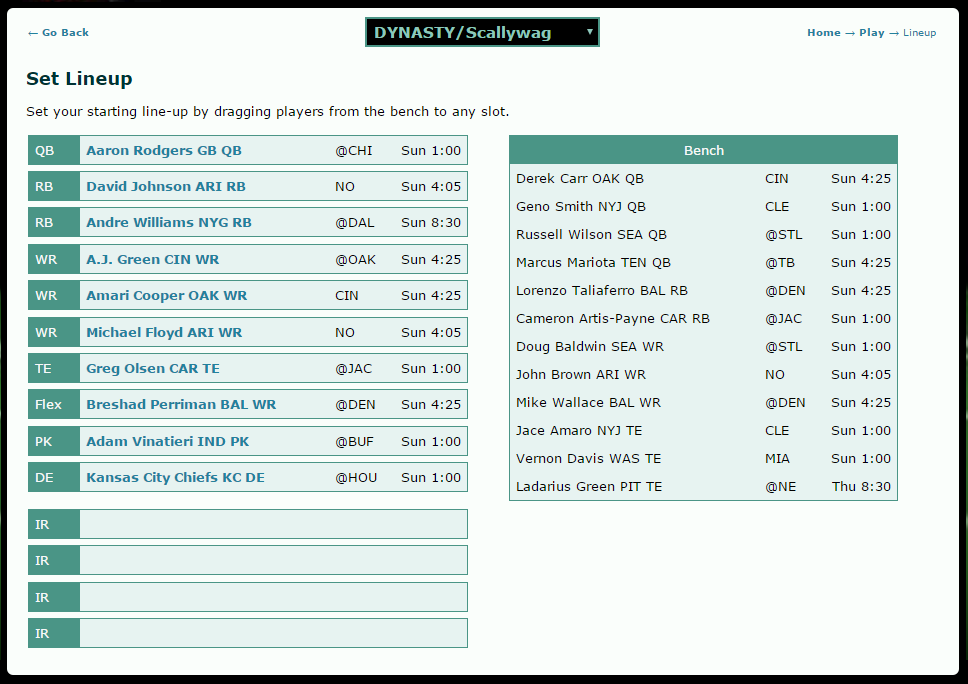 – The keeper league is overall similar to other fantasy leagues however the only difference lies in the fact that in keeper league you are allowed to retain certain players from year to year.

– During the first season, the performance of the draft is similar to any other league. In most of the cases 5-10 players can be kept from each team however this very much depends upon the rules.

– The dynasty league allows the owners to retain players of the last season.

– When it comes to the implementation of the keeper league then there are many ways through which you can do it. There is no single methodology in this regard. You can discuss what you have in your mind with the fellow members and implement it.

As there is no single application method as discussed already, however there are some basics that can be followed by you. These basics are as follows